Knight Run Wiki
Register
Don't have an account?
Sign In
Advertisement
in: Articles under construction, Characters, Zail Family,
and 6 more

Sion Zail is the heroine of Another Episode-2 A Village Where You Are. Though she officially appears in AE2-CH2, Sion is first shown towards the end of Main Episode-0 Pray.[1]

She is an imperfect, sickly Homunculus and the daughter of Princess Eve, who was created from Adam's tissues and core. Sion was once protégé to Rhea and Clint Zail, whom she quickly surpassed in fighting ability.

Brought up in isolation due to her scorned heritage, she first found care and warmth in Rhea Zail, who was assigned to her retinue. Under the guidance of Rhea and Clint, she quickly mastered the sword, even perfecting them, thanks to her superior combat-type bloodline. Her superior abilities persuaded the ruling Zail Family to use her as a weapon in the wars against the AGs, in an effort to further the Zail name.

For her contributions as a Knight, she was presented with AB Sword Number 5. V (Masterpiece) by the Knight Order during the ceremony acknowledging her as Top Sword. For making the honor of the royal blood known to all in many successful battles, the Zail's committee also bestowed upon her the position of Lord to a northern resource planet, Damir. On this icy planet, home to a few hundred miners and their families, she became "The Lioness King" with Rhea and Clint at her side.

Later when EX-Type Zero: Hyperion attacked Tobal she fought alone against it while the rest of the Knights focused on Rabbit, who was attacking the Ground Zero on Vaign, Tobal's satellite.[2]

When Sion enters cryostasis to become a Cold Hero, she gives up ownership of Number 5. V. Many years later it's passed on to Pray, when she became the next Top Sword. During the Battle of Tobal 30 years later,Sion now wielded Number 680. Armored Blade after being thawed from Cold Hero stasis. She along with Leny and the Original Chimera destroyed the Blue Flower sent by E-34, thus securing the retreat route for the fleet led by Dry in the Battle of Arin.

However, fragments of the Blue Flower fell on Tobal, which destroyed the environment and directly caused Rhea's death. Because of that, Sion was hated by Van Nelson when he found out she was the daughter of Eve. AE2-Ch16

Later, after Van realized Sion's health was rapidly decaying, he decided to forgive her and began to acknowledge to himself that he was slowly falling in love with Sion. Forming his resolve to rescue her from the Space Elevator, becoming the enemy to all of Tobal in the process, also formed his resolve to be honest with his feelings towards her.

It's later revealed that it was actually the Original Chimera going berserk that caused the excessive damage that made the Blue Flower crash into Tobal. In fact, Sion was responsible for stopping the Chimera's rampage by quickly slicing off one of her energy gathering horns using Number 680. Armored Blade.

"The Chimeras are the new Knight Order's secret weapon. Sion willingly took the responsibility for what happened, because that had to be kept as a secret. This makes Sion look like a saint, but if it weren't for the Chimera, we three couldn't have stopped the Blue Flower in the first place. The Chimera was absolutely necessary for the victory, but it was our responsibility to control the psychologically unstable Chimera. It wasn't a human, but a mere weapon. It was our responsibility, but she volunteered to do the job, saying she doesn't have long left to live anyway. There is no way I would've felt sorry for her, so it served no one but herself for self-satisfaction... She wanted punish herself, after all." Leny, AE2-Ch37.

After this event Sion was asked to take the blame for the Blue Flower incident as they did not want to reveal the Chimera project to the outside. Since Sion wants to protect everyone she agreed to this even though she'd be abandoned by the Knights and hated by the very people she saved. Van did not know this until Leny told him right before he goes to save her from the Space Elevator.

Sion was nicknamed the Sword Saint due to her otherworldly skills. "You'll never get how respected that name was." Robert Nelson[3]

Rhea Zail is Sion Zail's former babysitter, guardian, and accompanying knight. Rhea was initially assigned to Sion as an insult to the knight, and because Sion carried the blood of Adam within her, making the girl a potential threat. Despite the intended insult from the Zail family, Rhea embraced her role and showered Sion with the love and acceptance she felt the young girl had been denied up until this point in her life. As a result, the two grew very close. Rhea taught Sion about Sion's biological mother who once defended the planet that would become Tobal, taught Sion how to use the sword, and encouraged Sion when Sion wondered if she could be like her mother. It was these stories as well as Rhea's praise of Sion's swordsmanship that laid the seeds which would lead to Sion becoming a knight.

Sion feels a lot of affection towards Rhea. Sion was willing to fight against the family heir, master rank knight Grant Zail, when he insulted Rhea and cut her cheek. Rhea is one of the only pillars of unconditional support in Sion's life and Sion trusts and loves her completely. Sion came to rely on Rhea, who was consistently willing to follow her into danger without complaint.

Clint Zail is Rhea Zail's older brother and an assigned guardian of Sion Zail. The relationship between Clint and Sion can be described as one-sidedly contentious at most times. Sion constantly reached out to those around her, trying to create and receive the love that she was often denied when she was younger. She admired Clint and Rhea and wished to be close with the two. Clint would help tutor Sion on general subjects when Rhea wasn't around. Sion copied and improved on sword arts from Clint and even created sword arts for the knight at his own request. Unbeknownst to Sion, Clint was jealous of Sion due to a variety of factors, and resented Sion for heading into dangerous situations, as Rhea would always follow her. This eventually leads to a confrontation between the two. Despite Clint's sometimes palpable dislike of Sion, Sion holds a deep respect for the knight. While it was Rhea who encouraged Sion and gave Sion her dream, it was through observing Clint's unceasing discipline and drive, and listening to Clint describe his past and dreams that Sion gained the drive to fight even in the most hopeless situation.

Robert Nelson and Sion Zail have a complicated relationship. Robert is one of Sion's old comrades from her first time fighting on Tobal. Before Sion is frozen as a Cold Hero she has Robert Nelson promise to defend Tobal in order to inspire him to continue living on. After Sion is unfrozen they have more of an antagonistic relationship. Robert manufactures incidents to make Sion appear as a villain in order to secure Tobal's access to rare technology and guarantee the planet's independence from foreign powers. Despite this Sion fights to protect Robert and Tobal. Though she does not forgive Robert for his betrayal she continues to respect the man who is one of her oldest comrades, understanding that everything he did was driven by the promise he made to her while standing in the ruins and ashes of his home. 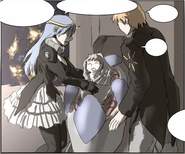 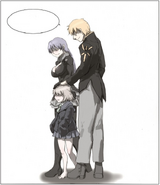 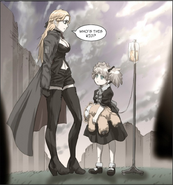 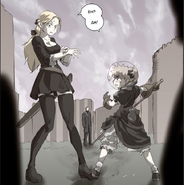 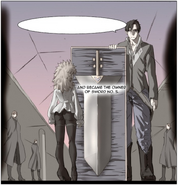 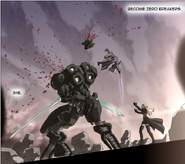 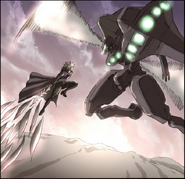 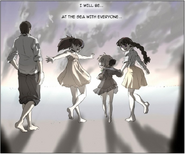 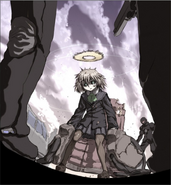 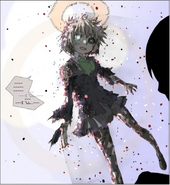 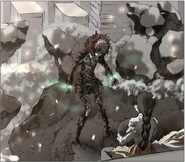 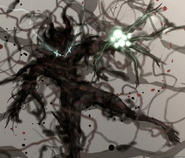 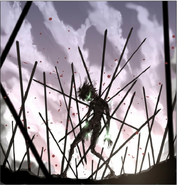 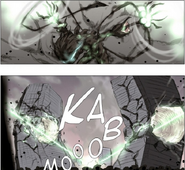 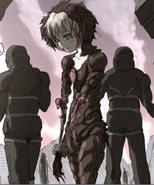 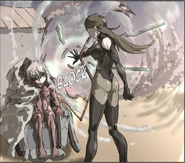 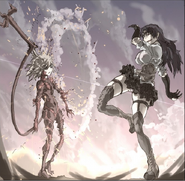 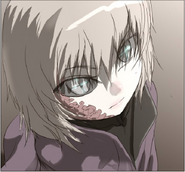 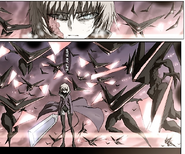 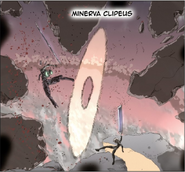 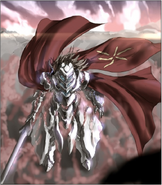 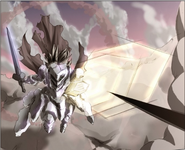 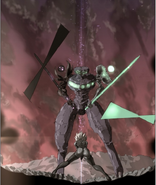 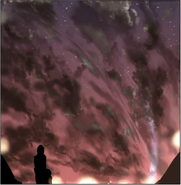 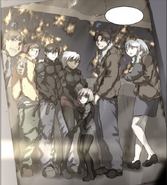 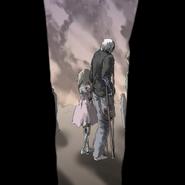 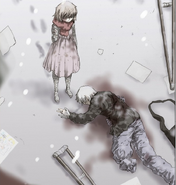 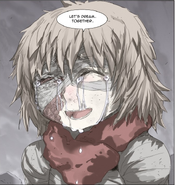 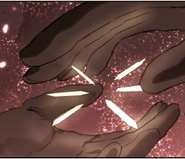 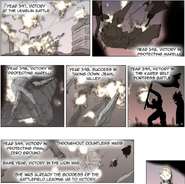